The Most Creative Ways To Eat Your Homemade Labneh

The Most Creative Ways To Eat Your Homemade Labneh

Labneh is a delicious traditional dip that has been part of Middle Eastern cuisine for centuries. If you grew up in a Middle Eastern family, you’re most likely used to having labneh for breakfast or as a snack.

For those of you who haven’t tried it yet, labneh is basically strained yogurt that has a creamy, cheese-like texture. People often compare it with regular cheese cream, although labneh has quite a tangy, saltier flavour compared to the other one. 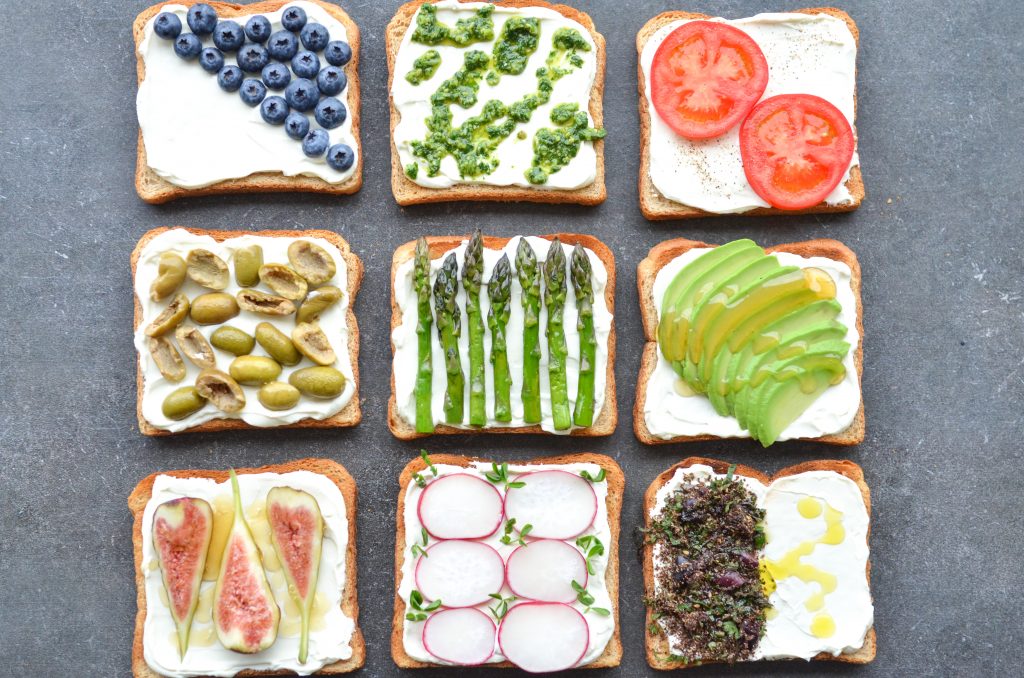 The best part about labneh is that it is extremely easy to make and is very versatile, allowing you to experiment with different combinations. Also, it’s a great source of protein and probiotic food that is beneficial for the health of your digestive system.

All you need to prepare your own labneh is natural yogurt. I prefer to use Greek yogurt for my homemade labneh recipe as I find it’s creamier and sweeter in taste but you can use your favourite brand of yogurt. 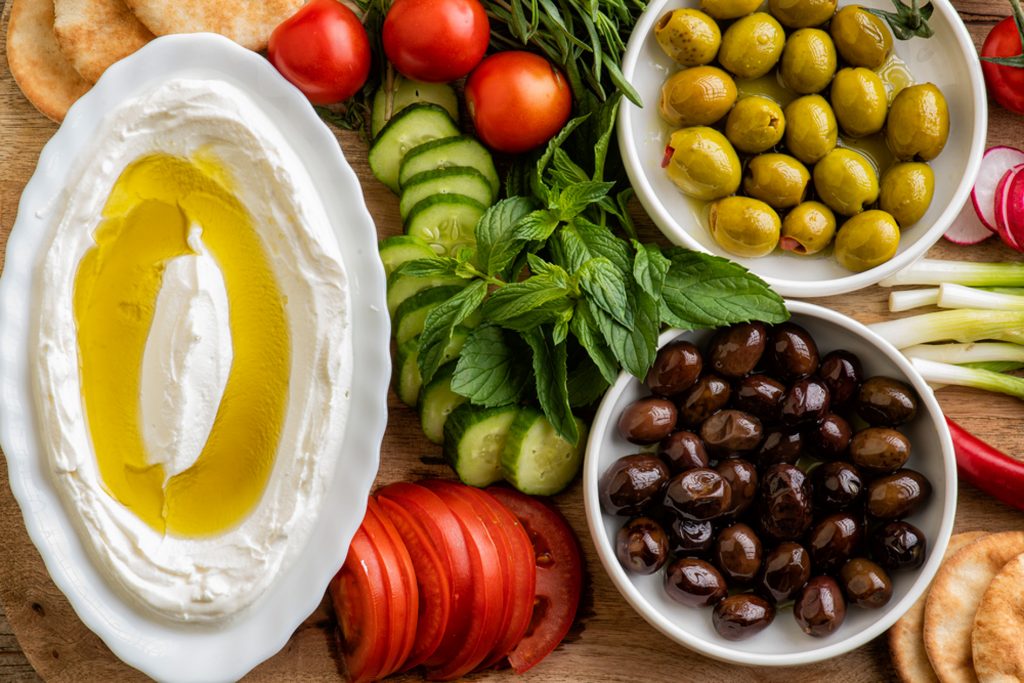 Traditionally, labneh is served as a dip with pita bread or as a spread in sandwiches.

My mother-in-law makes the best Labneh sandwiches. She puts a dollop of labneh on the bread and spreads it evenly. Then she adds tomato, cucumber, radish, parsley, mint, and olives on top, drizzles it with olive oil and sprinkles a bit of salt. It’s a heavenly combination and everyone that tries it has several slices of this (including me).

I also love this one sandwich that’s made with pita slathered with labneh, topped with cucumber, tomatoes, olives, spring onion, and fresh mint and drizzled with olive oil. You have to try it at least once if you’re planning to make labneh.

If you’re craving something sweet, you can do a savoury mix of jams on labneh using charred bread. You can try it with simple honey as well. From a party dip to a traditional sandwich, a spread on toast or alongside scrambled eggs, the variation to Labneh – strained yogurt are endless.

Here are other great labneh combinations you must try: 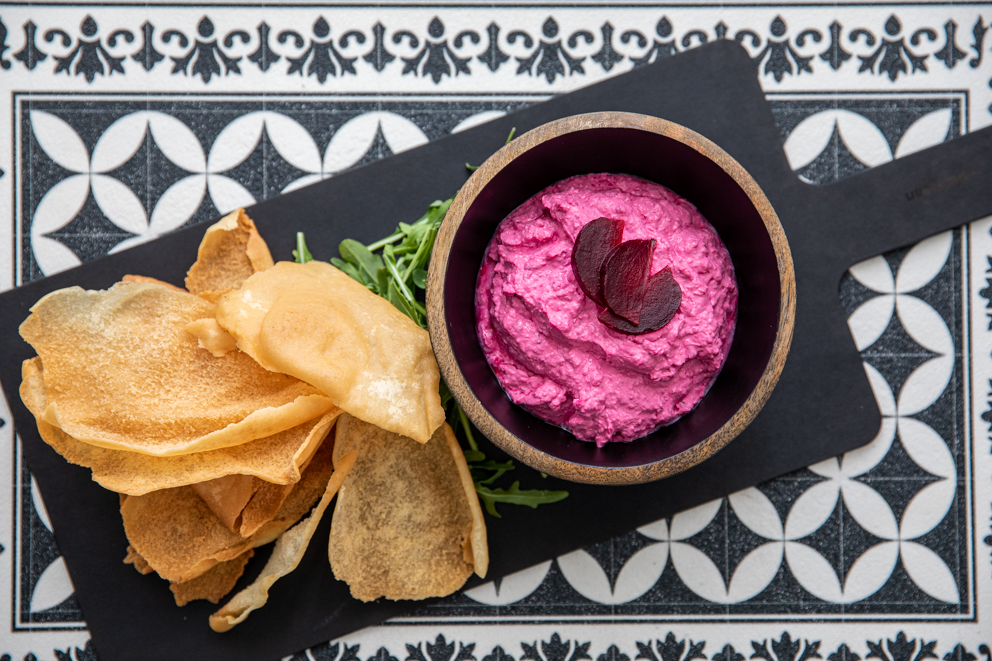 Beetroot labneh is one of my most recent creations. It only requires 3 ingredients and it tastes even better than it looks. Top it with crushed pistachios and you have the dip that will be the star of any dinner party.

Olives are a staple in Middle Eastern cuisine, so I had to add them to my labneh dip combinations. You can make the great flavour of chopped olives stand out by garnishing the dip with a bit of parsley. 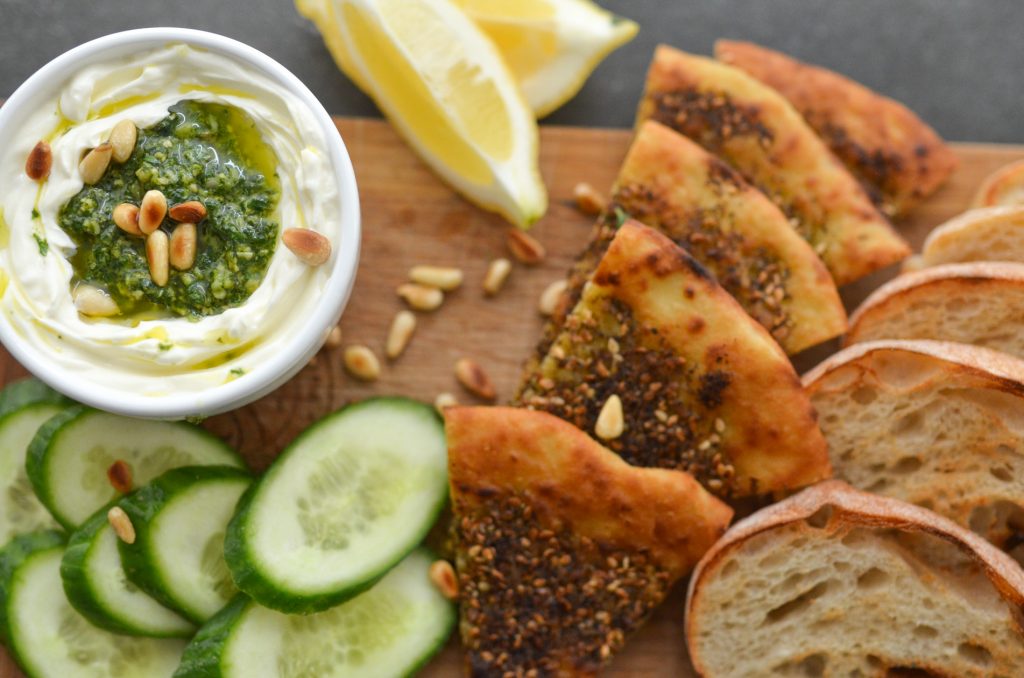 Create a flavourful labneh dip by adding pesto sauce to it. Garnish with pine nuts and drizzle everything with olive oil. 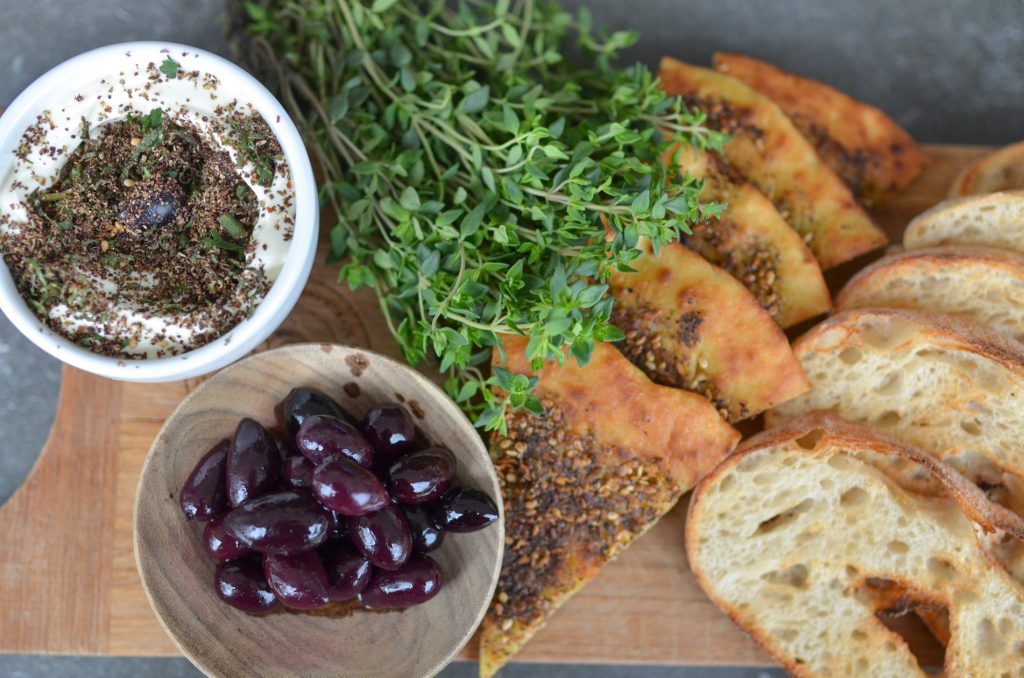 Za’atar, the Arab spice mix containing dried thyme, sesame seeds, dried sumac, and salt, is often used in our home. I think it adds a lemony, herbal flavour that works great with labneh.

Add some crunchiness to your labneh by topping the dip with pomegranate seeds.

P.S.: All these labneh dips can be used for cheeseboards, picnics, parties, and regular meals. 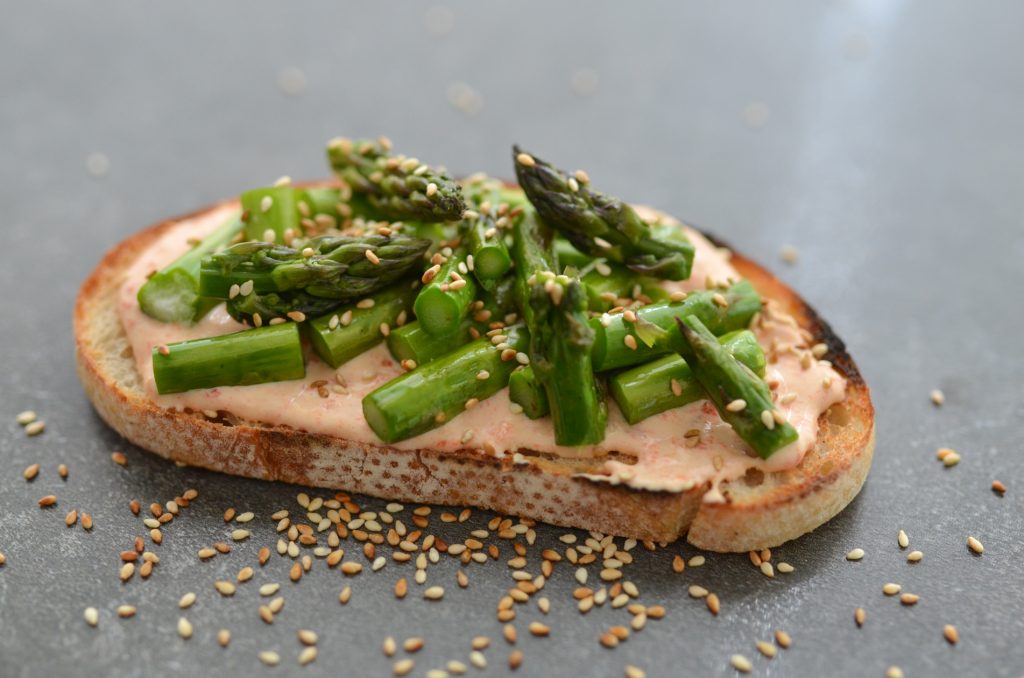 The sweet taste of capsicum pairs beautifully with the crunchy asparagus. Sprinkle some sesame seeds and you’re ready to go. 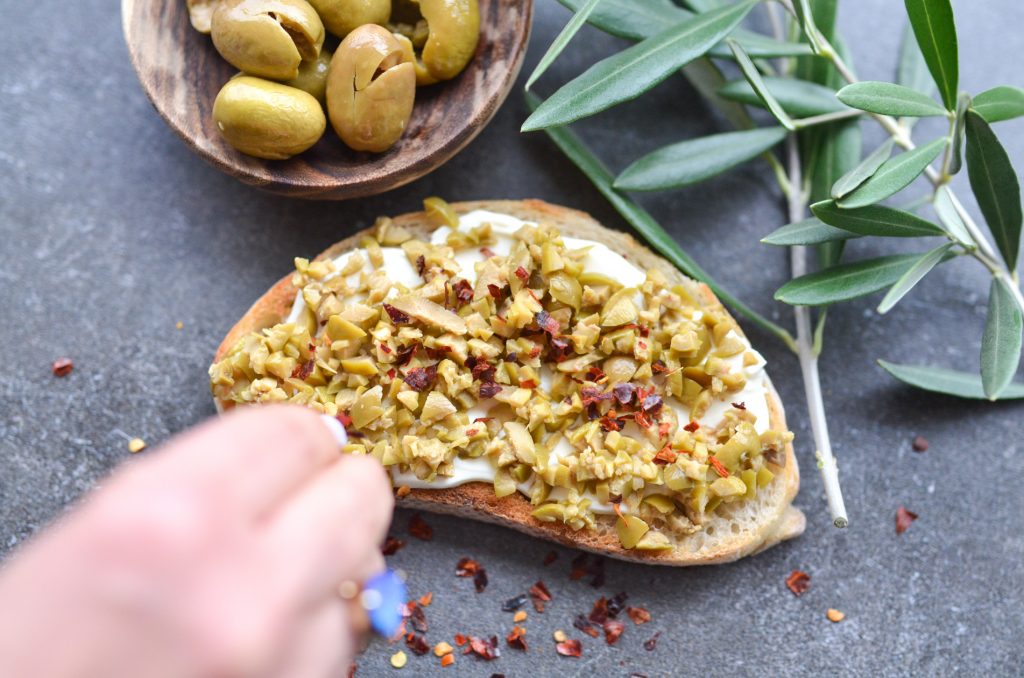 There’s nothing that goes better with labneh than olives. You can spice things up by adding some chilli flakes on top.

8. Labneh Bruschetta with Avocado and Honey 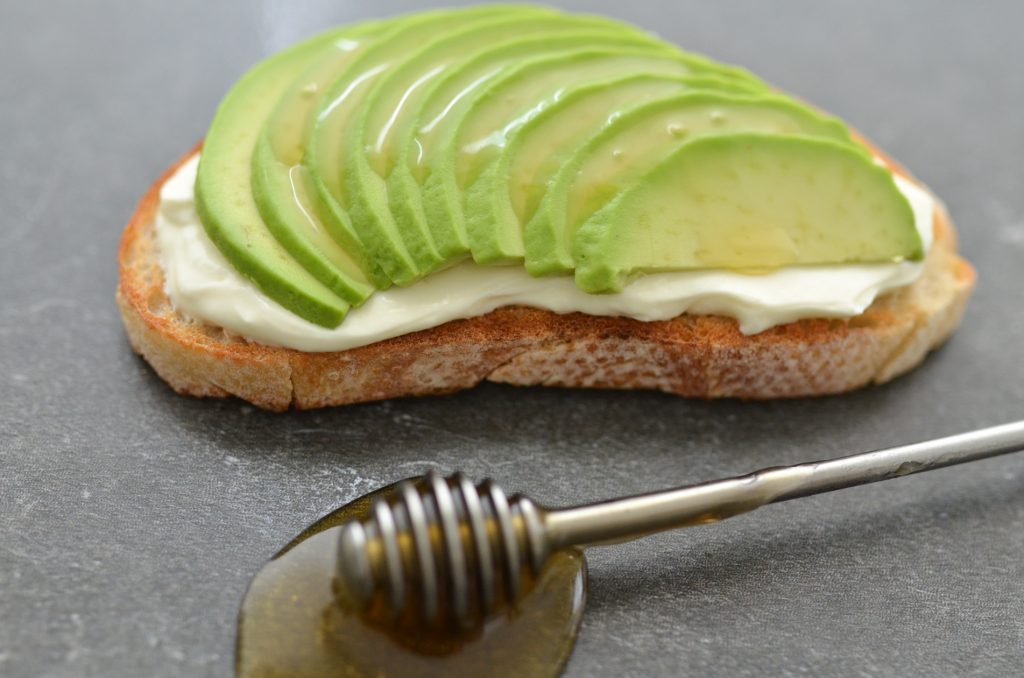 Avocado lovers, this one’s for you. This is the perfect healthy snack you can whip up whenever you’re craving something sweet. 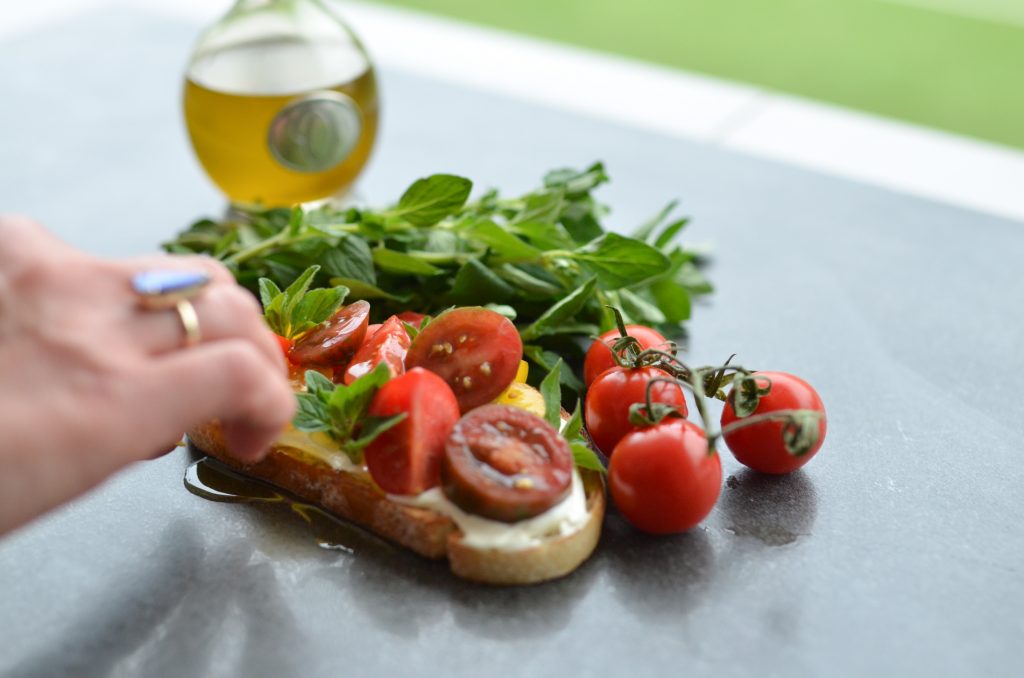 Have some fresh tomatoes in your fridge? Slice them up and add them to your labneh bruschetta. Garnish with mint leaves for a refreshing taste.

10. Labneh Bruschetta with Avocado and Tomatoes 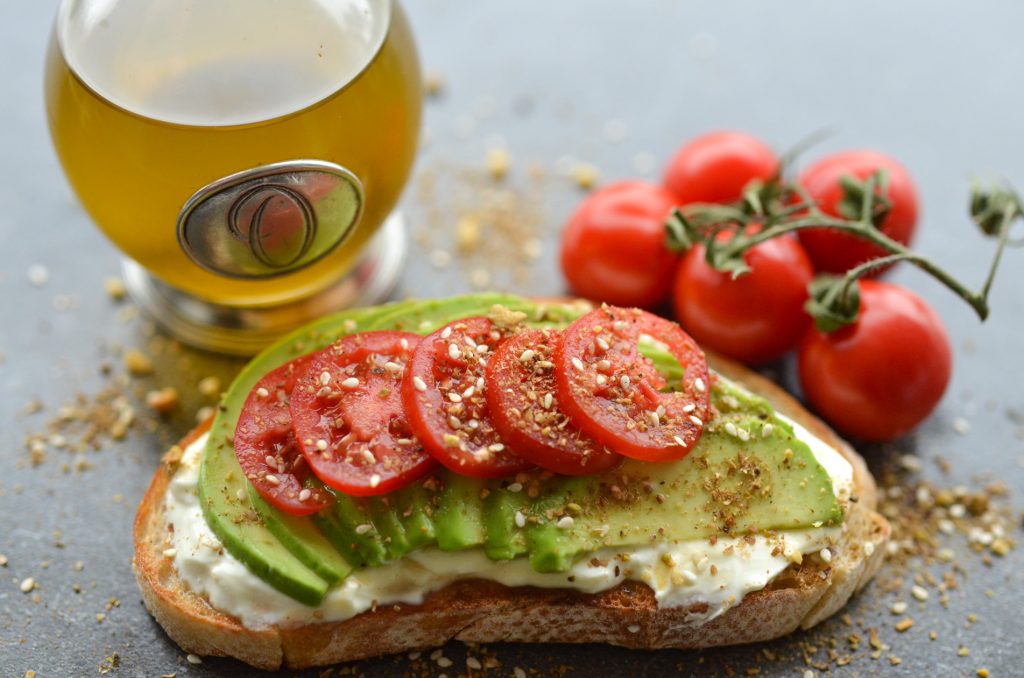 Looking to try something new for breakfast? Just add the avocado and cherry tomatoes slices on top of your labneh bruschetta, drizzle a bit of olive oil, and sprinkle some dukkah (spice mix containing sesame seeds, hazelnuts, coriander seeds cumin, salt, and pepper).

11. Labneh Bruschetta with Cucumber and Tomatoes 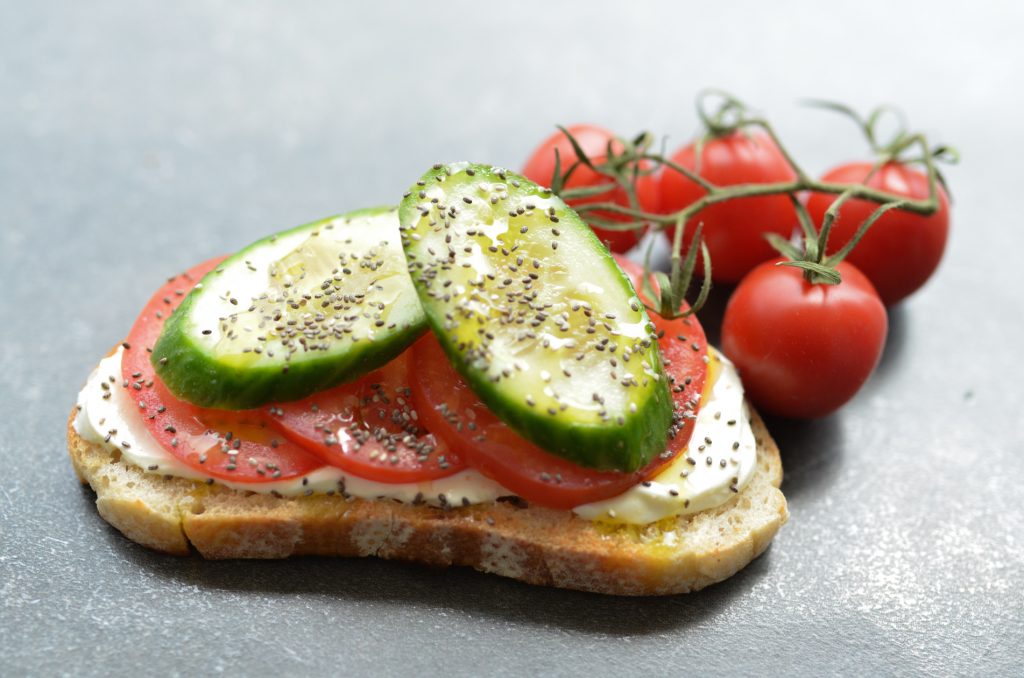 Such a classic combination! Drizzle with olive oil and sprinkle some chia seeds – your lazy Sunday snack is ready. 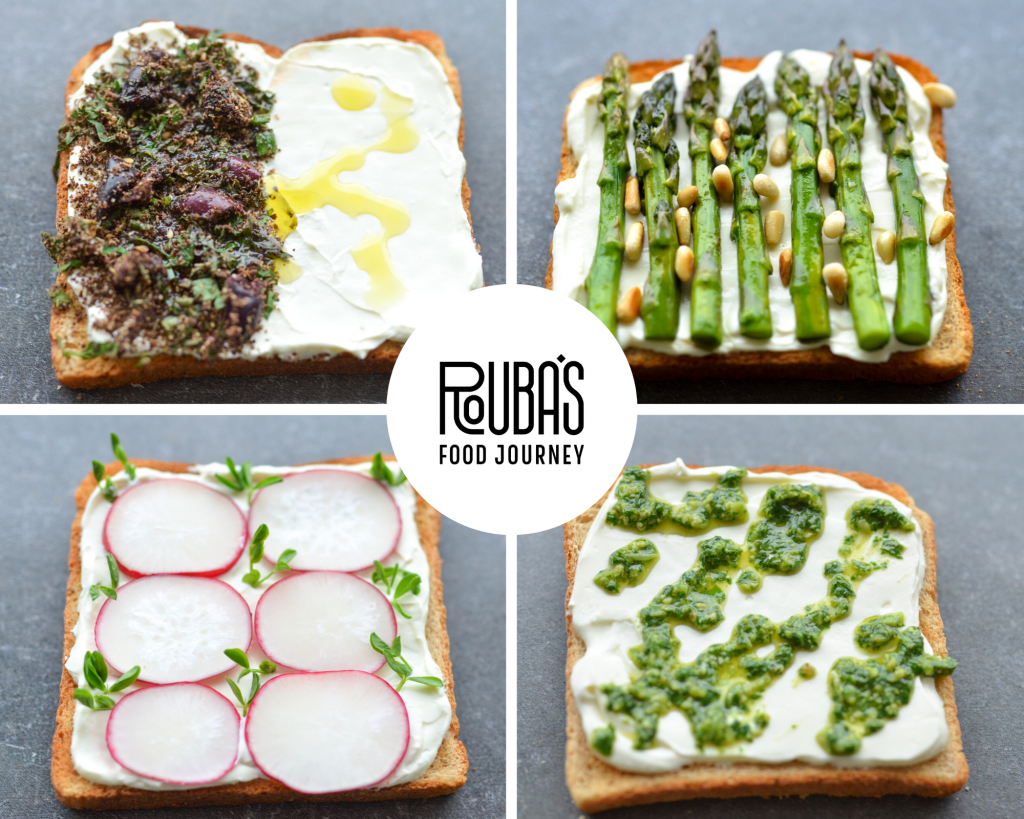 There are so many combinations you can try for your labneh toast snack. These are my top favourite: 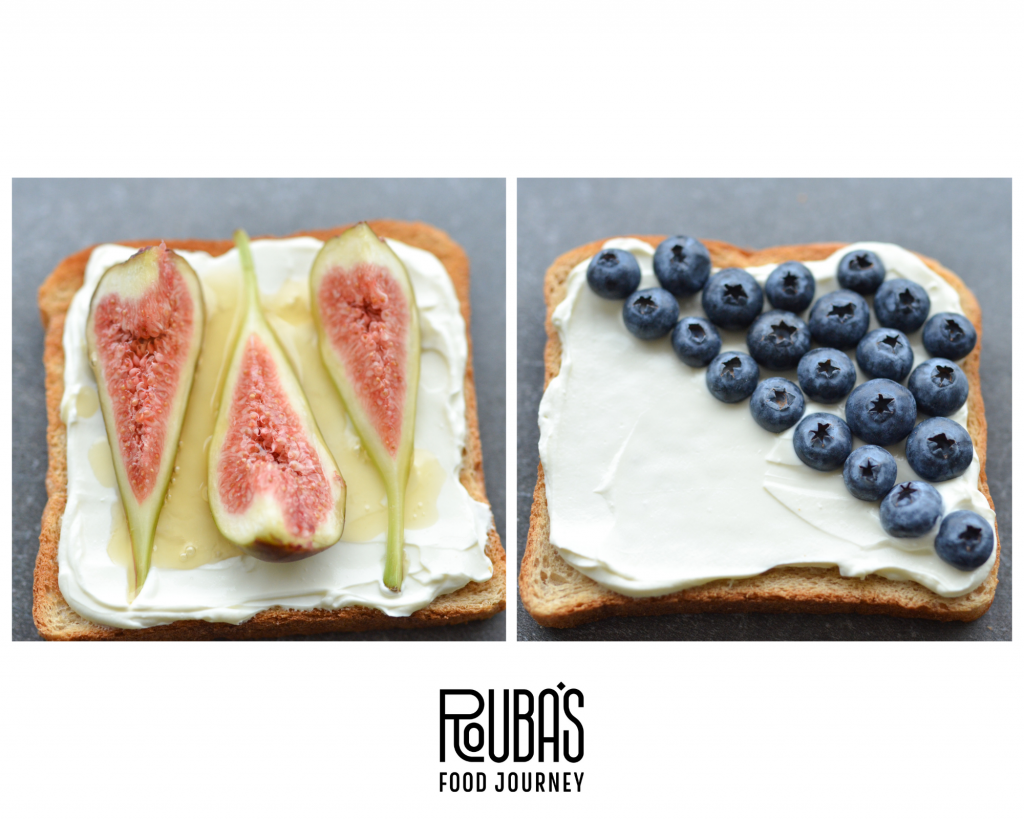 Labneh goes so well with fruits such as figs or berries. Add some honey on top for extra sweetness. 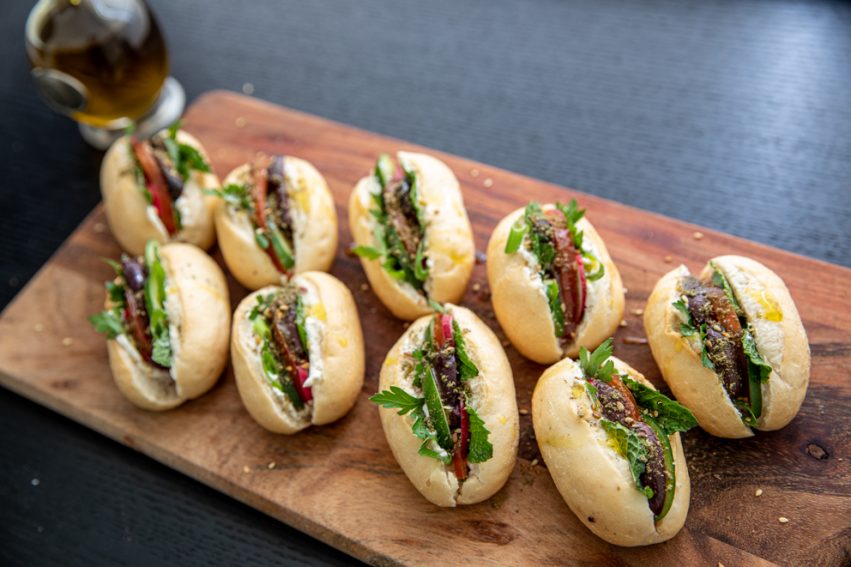 Packed with fresh healthy veggies, these labneh dinner rolls are perfect for entertaining.

If you have already made your labneh or you have some leftover labneh in the fridge, these will only take you a few minutes to assemble. 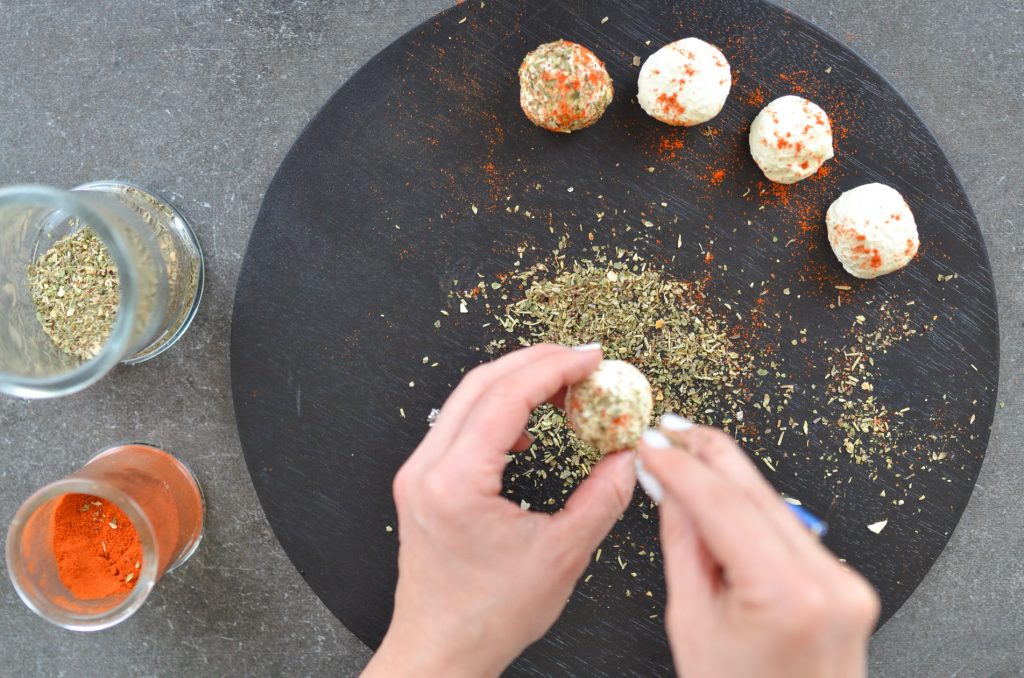 A favourite at barbecues, these are the actual labneh dip but dehydrated for a few days until there’s no moisture. After I portion the labneh into bite-sized ‘cheese’ balls, I usually coat them using sweet paprika and Italian herb blend.

Other ingredients you can use when coating these:

Also, these labneh bites can be preserved in olive oil for longer periods of time.

How do you like to eat your labneh? Do you prefer sweet or salty combinations?

While my full website is on its way, enter your details below to get in touch!